How Much Data Can You Store In Sound?

Or: abuses in unit analysis

Data has been transmitted by ‘sound’ for years, but how much data can you actually store in sound?

Building from Tom VII’s Harder Drive, there’s an idea that latency can store data. What if this was less about latency from going between a load of computers but instead about the latency that nature has given us, the laws of physics.

The speed of sound is pretty low, maybe we can store some data in it.

Where \(\theta\) is the temperature in celcius, lets take it to be 21.

With a bandwidth of \(x~\mathrm{b/s}\) you can store a theoretical:

That’s not a good idea is it, morse code is really inefficient, I don’t know why we even came up with it. 16 - 32 bits a second is what Google Featured Snippets suggests to me, to be conservative that’s a nice \(0.093~\mathrm{b/m}\), we can store most of a bit flag over 10 meters!

Who doesn’t love dialup, the hacky way we sent data over phone lines that were meant for normal human talking and not sick twisted computer-to-computer dialogue.

Top dialup speeds were so fast they could fit 56kb into a second. That’s a cool \(162~\mathrm{b/m}\), enough to actually maybe store a ‘Hello, world!’ in a meter of air, very nice.

Okay, there’s an obvious problem with using sound as storage, of course dialup services used to use acoustic couplers and not just transmit the sound into the world for a reason. Well, for one it’s really annoying to hear. But also sound is pretty lossy over a distance, probably because of the inverse square law, but this also shows a problem in that not all frequencies carry the same energy so lower frequencies are ‘quieter’ over a distance than higher ones. 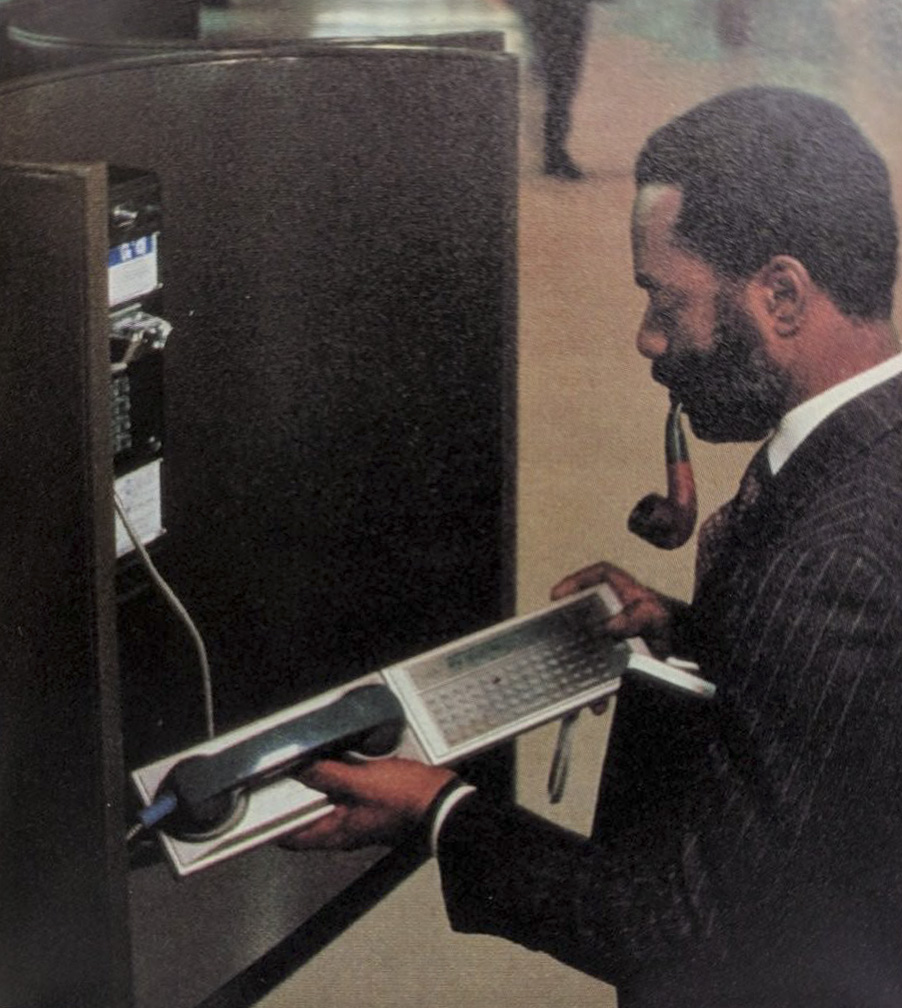 This is the bit where I think things get fuzzy, CDs have a bitrate of 1411kbps, which is obviously much better than dialup, but can you actually recreate every bit by just playing audio and recording it? Okay the chance is basically zero, let’s pretend we do actually send \(410~\mathrm{b/m}\) (or should it be \(\mathrm{bpm}\)?) with a CD player, how much of that would have to be error correction?

Now if I was being clever I’d make a demo of this and try it out but I am not and will not.

What if We Didn’t Just Store Bits

How much more data can we transmit using just language? Okay let’s not be too computer-brained but surely a word, taking less than a second to say has the potential to store a lot more information than a bunch of bits.

What if instead we did a little bit of compression, how do you describe what a word means, with more words? What about just shouting ‘Ok Google, Define

Should You Do This?