John Berger, in "Ways of Seeing" lays out an understanding of the Medieval European art history. Through the video series created for the BBC he tackles the evolving images surrounding the view of this mostly with an emphasis on the recreation of the art piece as through prints, photograph, and video media. The first part of four focuses on essentially a recontextualisation of the themes from Walter Benjamin's essay "The Work of Art in the Age of Mechanical Reproduction". This essay is largely critical of the removal of the 'aura' of authenticity that the reproduction of artistic works create. This argument is flipped on its head by Berger in the episode which explores the ability for this reproduction to open the gates for the potential interpretations of these reproductions.

Of course Berger wasn't the only philosopher to talk about the copying of images. Plato writes: "Mimetic art, then, is an inferior thing cohabiting with an inferior and engendering inferior offspring" establishing a sort of pedigree that art should follow to be superior. We do see this kind of genealogy in memes online, there is a pedigree to a lot of them but only in the sense of their folk origins are the same. 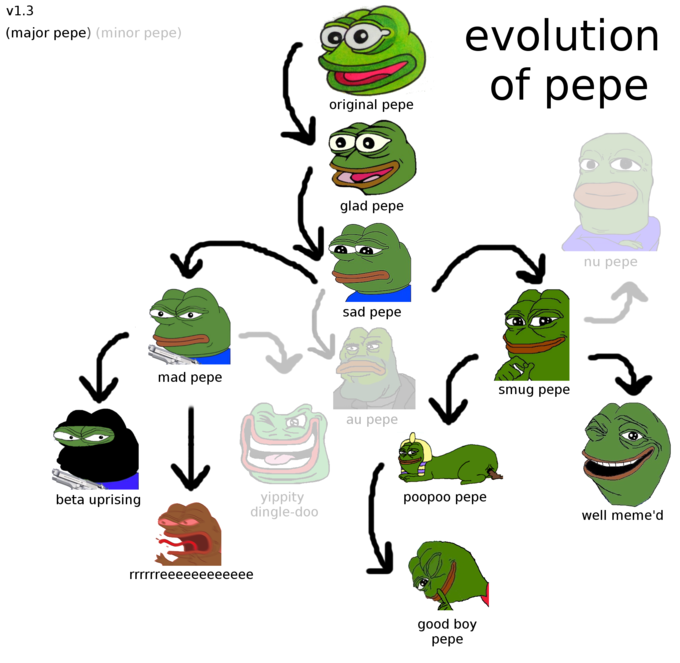 This leads to an interesting question. If memes are a product of this mimesis where are the originals? There are none so to speak, at least not in the artistic sense of provenance. Whilst images are created, perhaps even with the goal of becoming memes, daily there is no attachment to an authenticity of meme. We know who created pepe the frog but the meaning of the images is so far divorced from the Boy's Club original (even when using a reproduction of the image from the comic) that Matt Furie killed the character in 2017. Very obviously a comparison can be drawn here to the concept death of the author which Barthes set out in the 1960s; this time however the original character is 'dead' but the reproduction lives on to this day. The reproduction of pepe is one of the most charged in recent memory being appropriated for both white nationalist and far left. The ADL still lists it as a symbol of hate.

These memes do exist as simulacra in the sense that they are copies of the real but in the Baudrillian sense (that is, of the hyperreal) was there truly an original? Very few images are created with the intention of their use precisely the use they find as a meme, and that 'downstream' in the meme genealogy their meanings can be turned on their heads and subverted.

Perhaps the hyper reality of the meme world is this ability to be copied with no intent for the original meaning of the image we see this in memes like 'y tho' where a 1964 Botero is completely divorced from any sort of discourse around post-modern art and reduced to a four letter meme. It's effective because you can imagine the character (Pope Leo X) saying that in the form of the painting. It's also particularly striking divorced from the year of creation, borrowing from the styles seen in the European Medieval art world directly, this sort of subversion is perhaps lost in the reproduction in the meme format but it gains something else, virality. 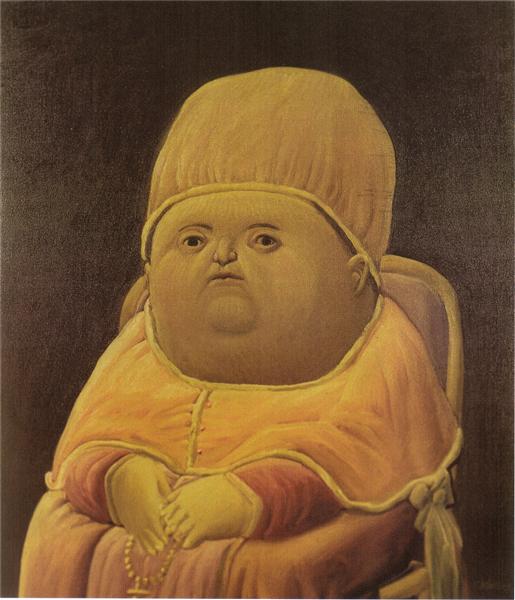 In the 2010s the rage comic was the popular format, and it's an interesting one to consider today. The rage comic's strength was the flexibility of scenarios represented, often intensely relatable in a way that memes before it were not; most memes before took the shape of an image macro and had an inflexibility in that they only focused on one character an 'advice animal' is perhaps a later term for this. The rage comic took from the webcomic tradition of a limited cast of characters interacting however instead of being an abject author stand-in like in the case of Penny Arcade or Ctrl-Alt-Del, the characters were instead blank canvases for a generic person or archetype of person. These characters much more in the style of the xkcd comic pointed at something rather than represented it directly. Whilst no canon existed for the names of a lot of these the 'basic' author stand-in face was simplistic and most importantly easy to modify with little-to-no drawing skill. This sort of openness allowed for innovation in the possible emotions and archetypical characters that could be made. Also often celebrities were turned into rage faces, a few of the most used ones being Jackie Chan ("Why you no"), Yao Ming ("Bitch please"), David Silverman ("Are you serious"). Exploitability seems to be a large part of a long-staying meme even if each iteration is only around for a while.

Interesting is to see the canonical progression of rage faces starting with a crude attempt at a female version the "are you serious face" and turning into a generic template for all future female rage faces (the addition of the hair cut-out seen bottom right). Especially interesting is the progression from Silverman to Emma Watson both of which were part of the 'reddit celebrity canon' so to speak. 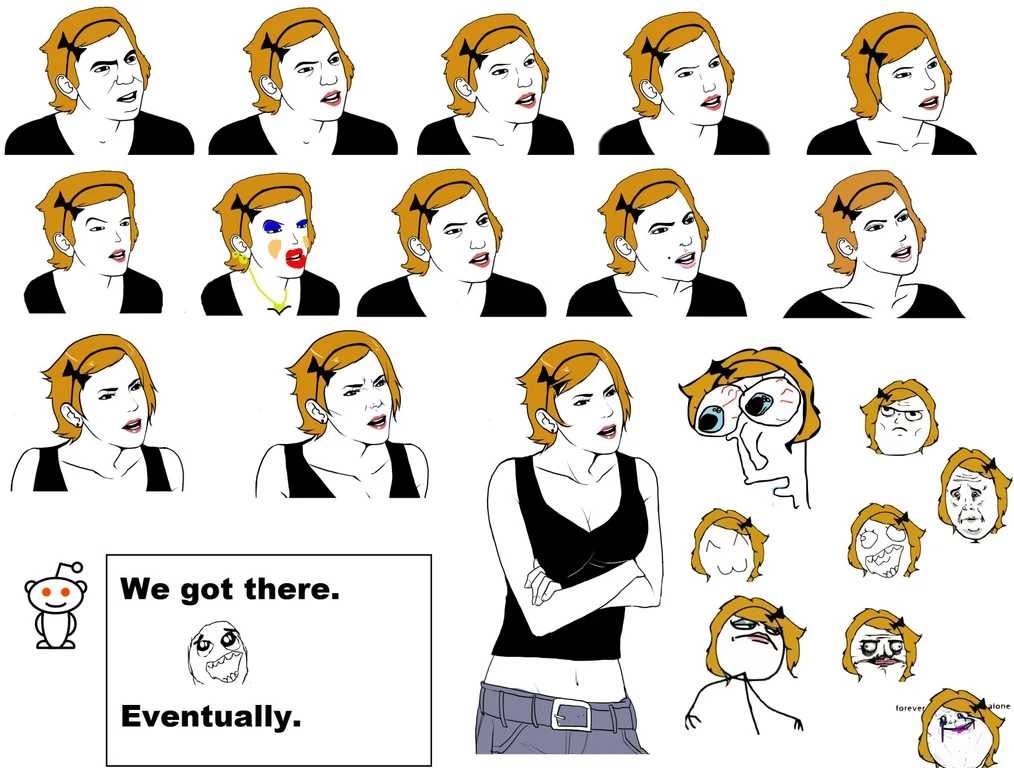 Rage comics progressed and became one of the dominant formats for storytelling online especially slice-of-life style fragments but eventually fell out of fashion online. Now seen as dated and perhaps an example of 'cringe humour' the function they serve hasn't particularly quelled itself.

Wojak is a product of the rage comic era, but still manages to find cultural relevance. Perhaps because it charts the ennui of the modern (especially post 2011) internet in a way that the infantile slice-of-life format couldn't. Wojak is 'feels guy' he exists to portray an abstract idea of 'feel' usually in a negative-longing way.

Wojak also has an interesting history as there's a mystical origin story of the image with an unknown user posting it with the filename "twarz.jpg" on Krautchan (popular German imageboard). This meme has had a staying power that neither rage comics or pepe has managed. More than anything though I think that wojak is exploitable to the right amount. Rage comics were too general, perhaps and pepe was too static whereas Wojak is a true blank canvas.

Virality of content is famously hard to predict, or even understand. It seems like that, much like in Berger's Ways of Seeing program where he shows Carvaggio to a group of children, people wish to see elements of themselves in the images they consume. Even if the original intent is not there a projection of the self onto the image exists.