Radio jammers exist primarily as a form of censorship. They can take the form of any radio signal that tries to overpower or in some way get in the way of another signal (or signals) one of the most prominent radio jammers is the Chinese Firedrake jammer, this jammer broadcasts an hour loop of a Chinese folk piece called 'Feng Shou Luo Gu'. 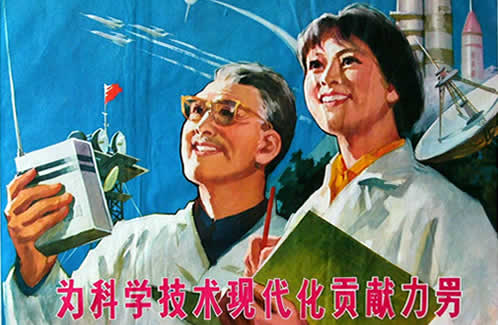 This is broadcast all over the shortwave spectrum to cover up signals that the Chinese govt do not agree with. Interestingly, they also want to block the 'Falun Gong' a spiritual practice in China. This is because the Chinese Communist Party have declared it a heretical organisation and banned it state wide.

Falun Gong claim that the CCP are harvesting followers for organs (if you live in the UK you may have seen them protesting) and there is significant evidence that the CCP have persecuted followers of the practice. Human rights groups say that at least 2000 practitioners have been killed (as of 2009). In China any mention of Falun Gong has been blocked on the internet and the radio by China's strong censors.

The jammer itself operates from a satellite (Chinasat 6B) and interrupts mainly Falun Gong's station (The Sound of Hope) they also operate buzz jammers on top of this. Satdirectory have confirmed that it operates from this satellite [1]. Firedrake's signal lasts for 60 minutes exactly and then repeats. The satellite transmits to ground transmitters which transmit on the signals to jam. No official identification of the channel on air has been reported however.

'Chinese National Radio' appeared in December 2005 on 18080kHz and 18160kHz broadcasting from 0600 to 1600 UTC. Parallel transmissions were found on other frequencies also. These were in the 17m band (reserved for amateurs). Later on in July 2006 'CNR' starts to transmit in the 20m band also (again amateur radio band).

On August 5th of 2006 a Chinese music program appears on 14260kHz and runs for 12 days. This is one of the first Firedrake reports, this frequency is the Falun Gong Sound of Hope and during the short breaks in Firedrake it is barely audible underneath. Later on in August more and more bands are being jammed including the 10m, 14m, and 18m bands. [3]

The Falun Gong are spiritual practitioners that use meditation and qigong. It was first publicised in 1992. The CCP saw it growing as a threat to the government in China as it became independent from the state. In around 1999 negative coverage from the CCP started to appear as the population of practitioners reached around 70 million. Beginning July 20th 1999 the CCP initiated a propaganda campaign against Falun Gong, by October 1999 Falun Gong were banned and reportedly forced into labour camps, torture (psychiatric and physical). Reports have also said that tens of thousands may have had their organs harvested for transplants. These reports started in 2006, however the practice is thought to have started in 2000. This has been reenforced by an increase in organ transplants after the year 1999. Further, there are discrepancies with the number of organs reported to have been taken from prisoners and volunteers and how many transplants. Again, further, the organ donor wait time in China is signifigantly lower than the rest of the world.

However, some arguments have been put against this e.g. the immunosuppresant demand in China is as expected meaning that perhaps there aren't as many transplants as expected. The CCP denies any organ harvesting from Falun Gong practitioners, however they have not refuted any of the evidence above.

A documentary on the subject 'Human Harvest' was made in 2014. This followed David Matas and David Kilgour on investigative work regarding the subject.