Firstly, disclaimer: I do not use, and have not used Facebook for a long time now. Neither do I Snapchat or Instagram. I have a Twitter account but I do not use it for social reasons, only news.

It has come to my attention recently that a lot of people fall into two camps, those who are fans of social media and those who "hate" it. I wouldn't say that I am in either because I can see the ways that social media can benefit people and ways that it is ultimately bad.

Humans are social animals, and sorry for the cliche, but it's true. A person cut off from social context pretty quickly goes downhill. This isn't a matter of days more like weeks but still, it has an effect of people's brains in a very measurable way. The fact is the human brain is affected, positively or negatively, by social interaction regardless if people are an 'introvert' or and 'extrovert'.

One of the classic Psychological things to learn about is classical conditioning. The most famous example, and a simple way to show this is Pavlov's dog. Every time the psychologist Pavlov fed his dog he rang a bell. The dog's brain learnt to associate the bell with food and hence food with the bell. When Pavlov rang the bell the dog began to salivate.

A less famous but still important example is Little Albert. This experiment involved playing large metal beams with hammers every time a baby touched a white rat. After a while Albert became scared of the rat, as it continued he became scared of anything white and fluffy. His brain had made the connection that white and fluffy meant bad, proving Classical Conditioning in humans. 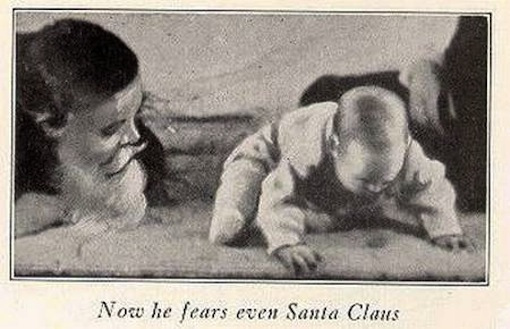 Now, I'm not doing the typical 'SOCIAL MEDIA IS SO BAD THEY'RE MANIPULATING US' (well I might be to an extent). We need to realise that every party who is vying for our attention is using these tactics. From video games to casinos and adverts, these tactics are well known however social media has a special factor to play into this, they prey on the face humans are social animals. This makes the particularly manipulative in the ways they work.

I don't have a problem with the initial idea of Facebook, in fact it was a great idea, so great that more than 1.86 billion users have signed up. It is the 4th most popular site in the UK according to amazon's alexa serivce (number 1,2, and 3 being google.co.uk, YouTube.com, and google.com).

Facebook has a monopoly on social speech on the internet and replaces a large part of social activity in the real world, that is planning things as well as chatting. Both of these activities are actually replaced quite well by Facebook in well thought out interfaces; I'm not worried about the lack of real-world interaction because using the internet for social reasons was always a purpose. In fact I think it's one of the great strengths, the fact you can talk to people halfway across the world in real time should bring new perspectives and knowledge.

The problem is the middleman in this scenario is Facebook, they aren't exactly known for a lax policy on speech on their platform. This is ultimately because the make money not from users using their site but from adverts. Advertisers want a nice and friendly 'wholesome' website, and again Facebook have every right to do so because it is their website.

I think the great tragedy here is during the early internet this social interaction on such a mass scale was never realised and made into a standard as ubiquitous as HTTP, it would have really broken barriers for free speech. At current there is no viable alternative (before you go in the comments about GNU Social or something let me explain), that is an alternative that everyone who uses now Facebook would be willing to switch to.

These are what I'd like to think of as anti-social media. There's little discussion at the core ideas of what these sites stand for; the core of Instagram is to share photos of things and places that you've been to, users can then comment on it etc. This isn't immediately a bad idea, in fact it works quite well as a way to visually see what is happening. The problem is the culture this brings with it. Because accounts are public people will inevitably start showing off and flashing their cash (both literally and figuratively). Now in real life we can ignore this and move on but something about the way that Instagram is constructed means that this has become way way more prevalent. So much so that people are paid money to endorse products in their little square images.

Of course this isn't an Instagram issue, it's going to happen with any content that gets to a large audience (read: TV, Film, even YouTube videos). It's the fact that these are usually images or short videos that don't require much effort.

Now, I don't really care about the lack of effort in these posts. What I do care about is the culture it brings. Social media, unlike real life allows people to selectively pick and choose their appearance socially. If they have a feature they are self concious about they can easily choose a camera angle that masks that feature, or perhaps even hide it entirely.

This is where we move onto Snapchat, out of the social media like this I feel it is the site which has one of the best ideas at heart but corrupts it so much it has become truly shitty. The core of Snapchat is sending photos or short videos to your friends that disappear after a short amount of time never to return again. This is a solid, novel idea which propelled it to the top of app stores quickly. However the addition of two things have completely gimped it.

The first is the 'story' which is essentially the same idea as Instagram, sharing pictures of things that are interesting or places you are to all your friends. However much in the same way it is abused like Instagram. The second is the godawful news. It is in essence the worse of clickbait journalism and tabloid journalism pumped directly into your phone. It's worth mentioning that the news is there to monetize the app for the creators.

Twitter is the most bearable of the main social medium. Again the site is based on a core idea but this time it actually sticks to it's ideals a little. Twitter never operated under the pretenses of a social media in the same way as Facebook did instead it's a feed of the world and in essence I can see what anyone's opinions about anything is. However there have been movements to silence opinions on Twitter but not nearly to the extent of Facebook. This is because twitter accounts don't strictly have to be attached to a real identity (they do need a valid phone number as far as I know but it's fairly easy to get one of these).

Now the main thing Twitter is really good at is aggregating news that isn't from journalists. It's really easy to keep up to date with relatively fast moving news. I can see a tweet about a piece of breaking news from Reuters or BBC or AP and follow the search in real time. I feel that this is in line with the true purpose of the internet a lot more than Facebook.

Now, Twitter isn't perfect in every way. As I mentioned earlier there are censorship problems and the site was trying to move away from a feed format to a 'best' format which I totally disagree with but they seemed to have backed away from.

Whilst not a 'traditional' social media Reddit (and sites like it e.g. Imgur and 9gag) are very important. They're the 'break room' of the internet. They prey on similar conditioning responses to Facebook et al. But add elements of Operant Conditioning into the mix. Reddit includes a voting system which gives a permanent score on your account. This makes people feel good. In theory the better the post on the site, the more points. However this system breaks down when the helpful posts more often than not end up below the quick, 'witty', jokes that follow a post.

4chan is probably the least social media imaginable but it holds an important and interesting factor, anonymity. 4chan is renowned for not being a particularly nice place; this stigma is often attached to less palatable boards like /b/ (random, anything goes) and /pol/ (politically incorrect, usually some far right nutters). However 4chan is full of boards like /ck/, /lit/, and /out/ which are always helpful sometimes and other times completely useless. This is the funny thing with anonymity. People are going to act like arses, but there are no 'points' so things don't get buried. If you have a contrasting opinion people can call you a faggot all they like but they wont face any positive or negative repercussions. It's up to you to decide whether this is a good thing or not but I personally find it an interesting way of approaching the problem.

I know this post has been a little long but it's a culmination of a lot of thoughts I have had about social media and it's impact of society. Overall I'd say it's been a largely positive change however because of it's ability to unite people.

I fear for the control the governments have over internet connections and how this affects people's social links.

I fear for children growing up and knowing no different, but then again how different is it from the telephone?

I fear that the owners of Facebook will try to hide political dissident and suppress opinions.

I hope that we can eventually replace Facebook with a decentralised and viable alternative so that we can be rid of commercialism in our social interactions.

I fear this wont happen.